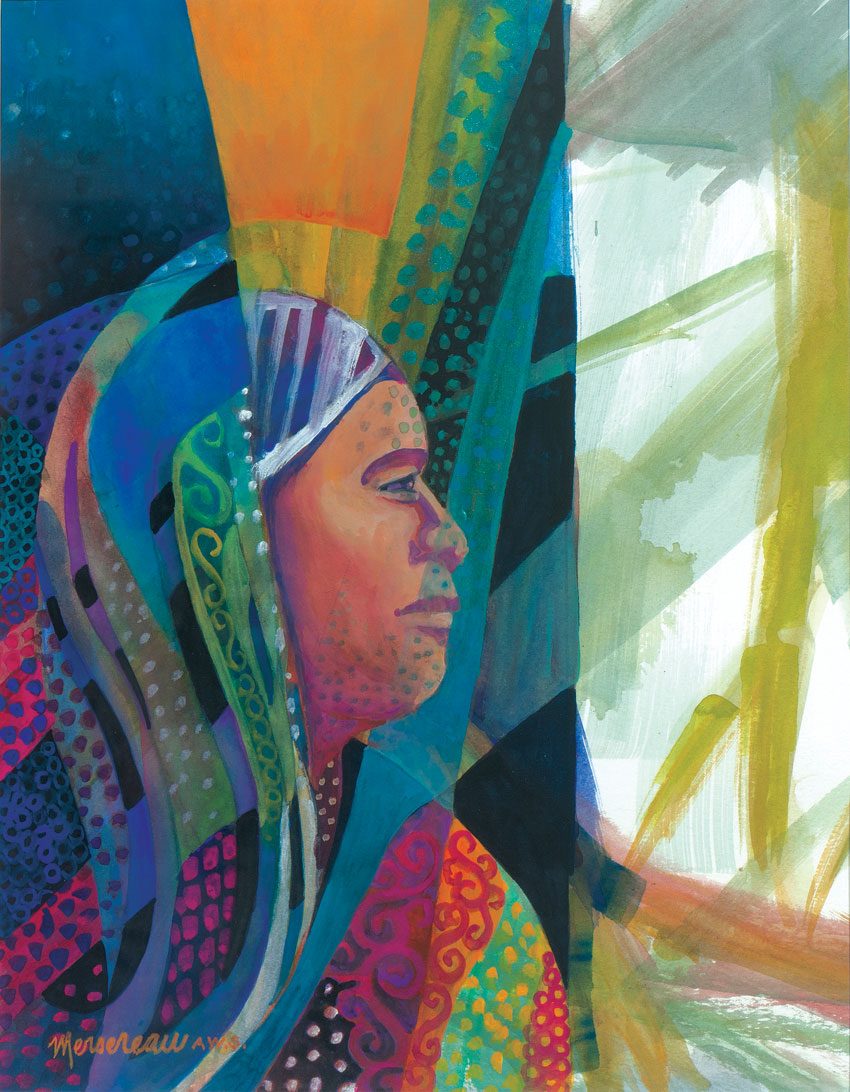 In 2010 I was working on an exhibit catalog on Milford Zornes & Friends. This is where I meet Joanna and Marciano Martinez two of the 10 artists that were featured in the catalog along with Zornes.

After I finished Marciano’s portrait he pulled out a blank sheet of watercolor paper the handed me a paint brush and said now it’s my turn.  He said just look at the trees and let my hand and mind control the brush. After making several strokes I looked at the trees and the paper and felt lost for what to do next. I took the piece of paper home and put it a drawer and forgot about it.

2015 Joanna was asked to do a demonstration on how to save a failed painting. She didn’t have a painting so I gave her painting I did with Marciano, that is if you can call it a painting. She used it for the demo and said I should sign the painting with her because she felt it was half mine. Joanna was very kind for suggesting I sign it too, I could not consider it a piece of art but what Joanna did is excellent.