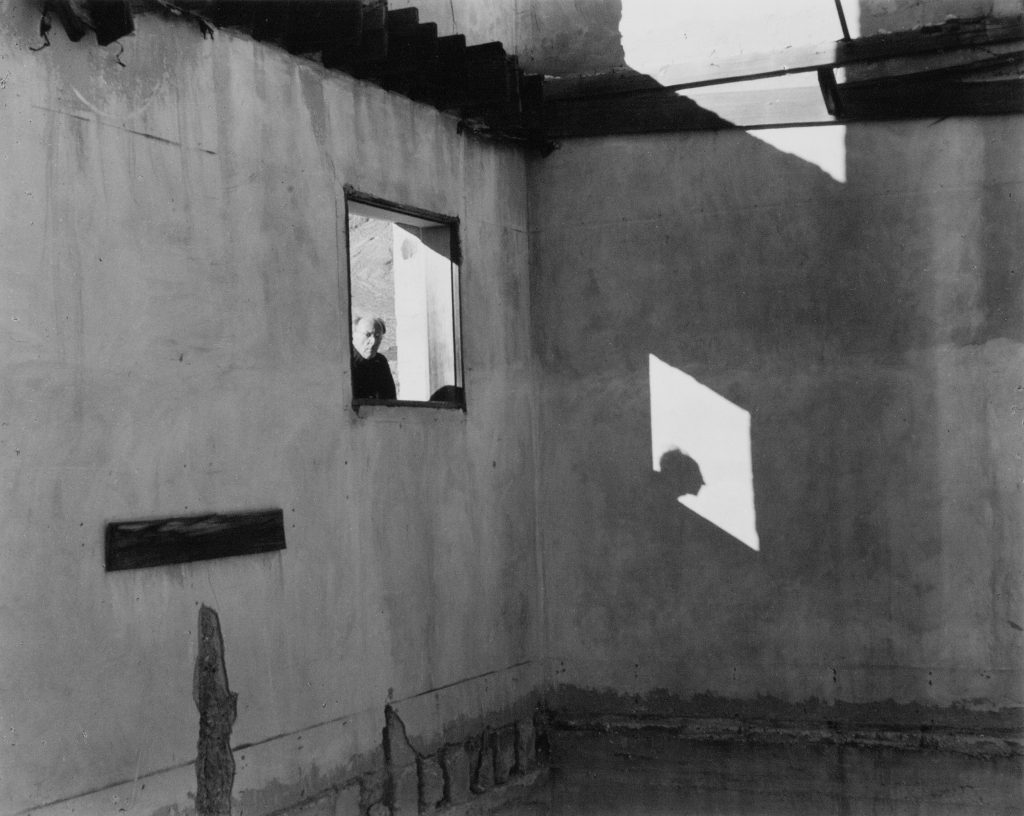 In 1947, twenty-four year-old Dody Warren visited Edward Weston at his Carmel studio. Having recently viewed an exhibition of his photographs at the San Francisco Museum of Art, she wanted to meet the artist. Edward was sixty-one, suffering from the onset of Parkinson’s disease, and looking for an assistant in exchange for lessons.

The following March, my father (Donald Ross) invited Dody and Edward to accompany him and my mother on a photo trip to Death Valley; he had befriended Edward a decade earlier and a close friendship developed. The foursome rented a miner’s cabin in the ghost town of Rhyolite, Nevada and spent a week photographing the surrounding area. Dody was using a 4×5 View Camera as suggested by Edward, and made this iconic portrait of her teacher. During the trip Edward photographed with color film provided by Kodak for their advertising campaign.

Later that year Dody accompanied Edward to Point Lobos where he made his very last photograph, calling it Dody Rocks, Point Lobos, 1948.