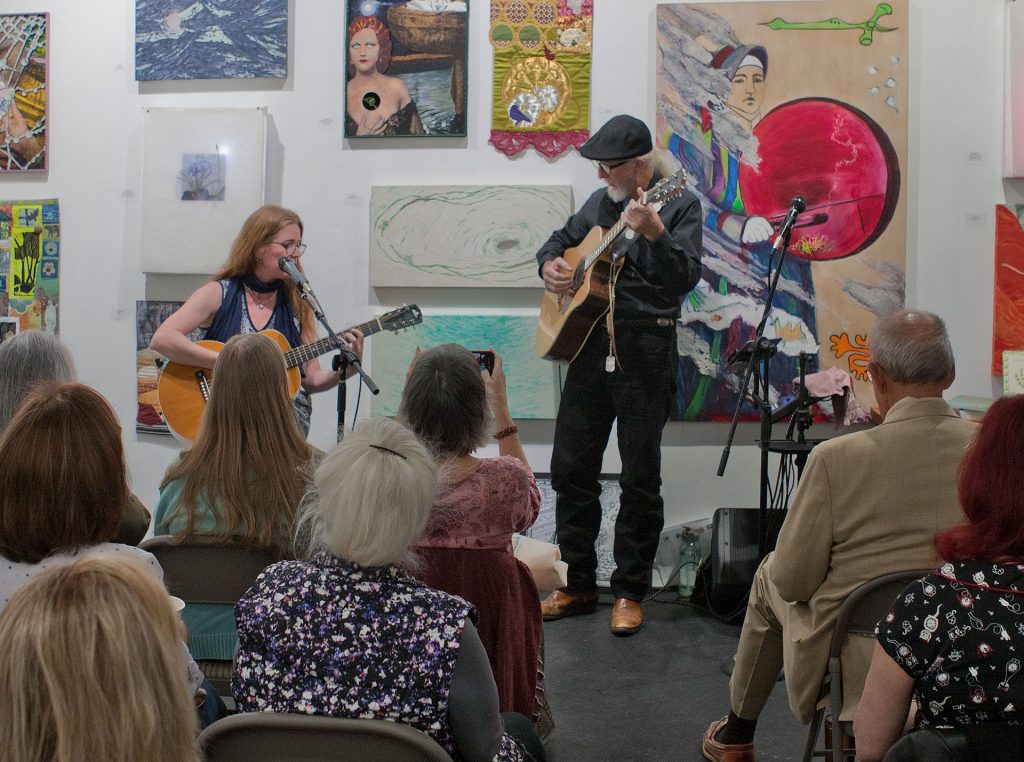 Join the Sasse Museum of Art for an evening of song, songwriting, performance and music with a people who are doing it.

Charlie Roberts is native Southern Californian.  His formative years spent washed in the wave of 1970’s LA Sound.  When asked about his music, he responds “Original Classic Rock.”  SoCal Music Live’s recipient of Best Male Acoustic Performer in 2010, his sets are like a good family dinner, where people laugh and remember easier times.

Writing and Performing for the Independent Syndicated show, “Dog Tales” airing since 2006, Charlie also has credits for Showtime and Fox.  An accomplished songwriter that still is beguiled by the process and amazed at the results, he has a hard crush for music and shares it passionately.

“Charlie hauls the water, he peels the potatoes and carrots, he lights the fire and at the end you have a warm and tasty music stew, and tell me, who does  not like stew?” – Larry Brown

Wendy Hunt is a singer-songwriter whose original songs are full of heart and humor. Growing up along the east coast from Nashville to Pennsylvania, her music reflects the bluegrass, folk, and country of her childhood as well as jazz and blues. She studied vocal techniques with Josephine Lombardo.

Mike Proud is a songwriter and a multi-instrumentalist who has his musical roots in classical, folk and blues. He traveled extensively throughout the United States including Hawaii, whose performances include groups, solo instrumental guitar as well as a Stevie Ray Vaughan tribute band.

Chris Dover is a locally based guitarist/songwriter. He has been actively writing songs for more than fifteen years, but has always lacked the motivation necessary to pursue anything more than infrequent, intimate live performances. Dover currently teaches music full time for the San Jacinto Unified School District, but continues to write and record songs with hopes that perhaps one day he’ll garner the mindset necessary to bring his music to a larger audience  Chris Dover likes fishing and sings best in the key of A major.